A new obsession is LOOMING... 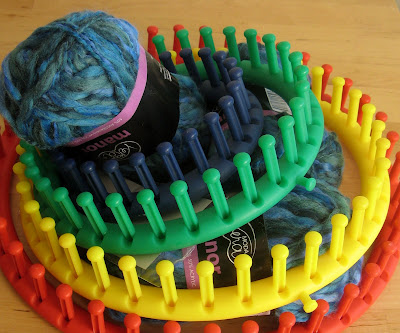 Today the parcel delivery guy came a-knockin', and he handed me a wonderful surprise package from Liesl of Hoppo Bumpo, containing the contraptions you see above - knitting looms!

Liesl recently 'commissioned' a Swiney for the virologist in her life, and has very generously bestowed me with this loom set in return, following my fawning admiration of her loom-inous scarf.

As someone who seems to be allergic to knitting needles, I'm thrilled by this acquisition!! Thanks Liesl! I spent a good deal of this afternoon checking out some loom knitting on YouTube.

Another little family member was also quite excited by the new gadgets, which quickly became instruments of entrapment and torture: 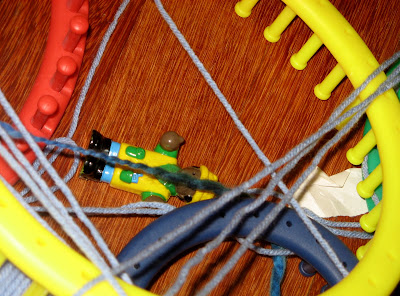 I did however manage to wrestle the looms away from Wilski, rescue poor 'Robert' the figurine from his predicament, and do myself some soothing practise-looming in front of Masterchef this evening. 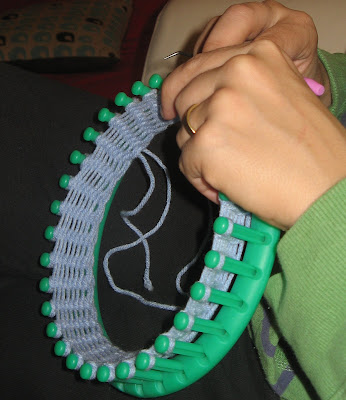 Bliss. Just the ticket for a sewing-weary soul.