Do you mend stuff?
What do you keep? What do you throw out? How do you decide? 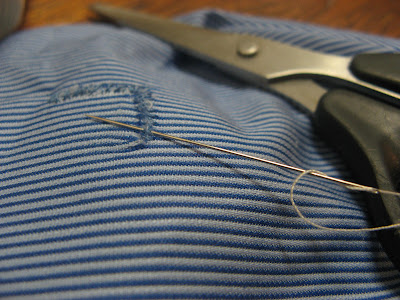 I don't think I'd ever mended a thing until about three years ago, when I first started sewing. I didn't grow up sewing or making or mending, so it just didn't occur to me to try it.
Pretty shocking really, to think that until that point in time, it did not register that I could, and should, try to salvage my clothing. I have no doubt I threw things away for want of a new button, or altered hemline. I guess I really did think of clothing as essentially disposable. 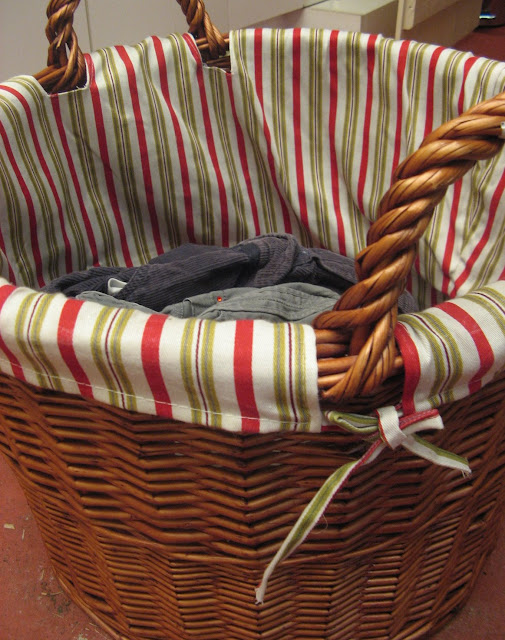 Now I have a dedicated basket for clothes which could use a patch, a stitch or a potential refashion. Some things sit in there for long periods of time. At the moment I'm finding myself delving in more frequently, when I have a spare ten minutes, because it's great to do something a little productive, a little resourceful, a little achievable; something that feels a little bit like creativity even though it isn't.
I confess my mending is not neat, or pretty, or clever. Sometimes it doesn't work very well. Many clothes are too 'past it' to make them salvageable. Still, it's become important to me to try to give my family's clothing that second, third or fourth chance. Not because we are short of clothes or need to be frugal per se, but because we're working to build more of a make do and mend mentality. Respecting what we own, taking better care of it, avoiding the desire to toss things out or 'upgrade' just because. 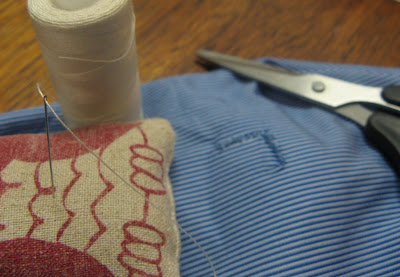 While I was stitching away at this rip in my husband's shirt, I felt a renewed determination to keep working at our ethical clothing pledge. I'll save an update on that for another time, but I've certainly been less consistent in the last year. The mending pile betrays some poor clothing choices on my part - next to the third-hand toddler jeans and the accidentally-ripped work shirts, there are items that were just ill-fitting, bad-quality, 'disposable' choices in the first place. They sit there awaiting some refashioning inspiration, reminding me to think harder next time.
Do you have any mending tales to inspire me with?
Posted by Gina at 10:06 AM