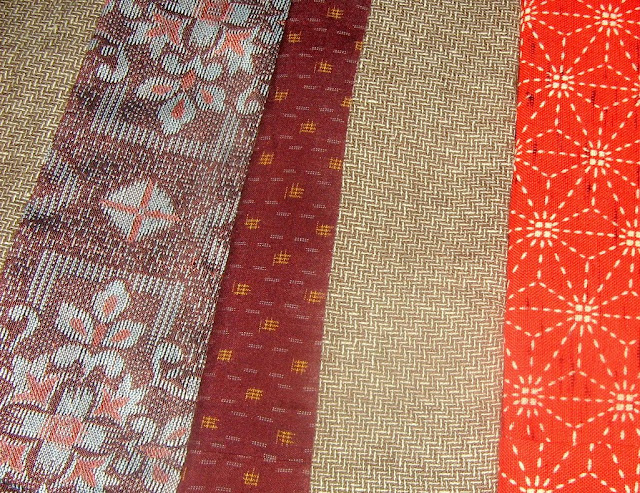 I don't know what this is yet. I'm just making for the heck of it.  This is the first bit of machine sewing I've attempted in over six months, and it was simply time to stop procrastinating and start sewing - just anything, anything to break the drought. Sew first, think later.

So I'm playing with kimono off-cuts and foundation-piecing, much like I did for last year's muff. I'm not sure what it will become or who it will be for, but I do like a bit of mystery sewing - I think it's how I operate best. Otherwise I would have stayed stuck in the thinking, choosing, tracing, cutting, measuring, and still not have cracked the machine out. Now it's done and the drought is broken.

I'm getting this bit of sewing and blogging in because it's been an early start to the day. The boys got up at 4:30am - FOUR THIRTY!! And on our busiest day of the week. I stayed in bed until the babe called for me at 6am, but when the Beloved left for work I switched on the TV without guilt or reserve and shut myself in my new craft room. (Yes, my own room - so novel, so fun, I can barely get my head around it!). Soon we leave for the day, and I can just leave this sew-your-own-adventure project out for later. 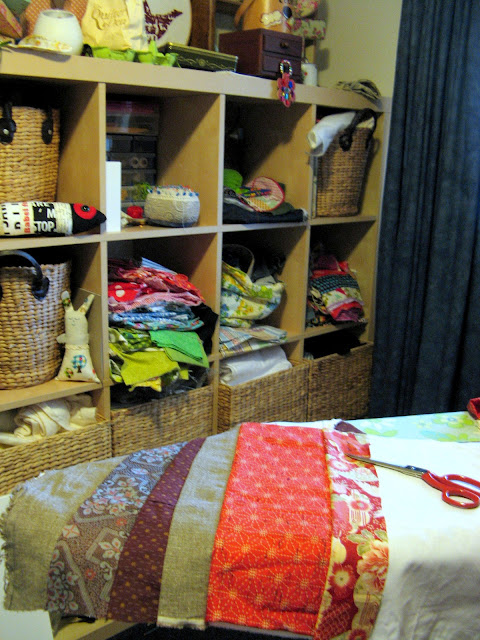 Creative spaces now meeting over here - hope to see you there!
Posted by Gina at 8:43 AM