It has begun. The quilting of the ugly hexes. 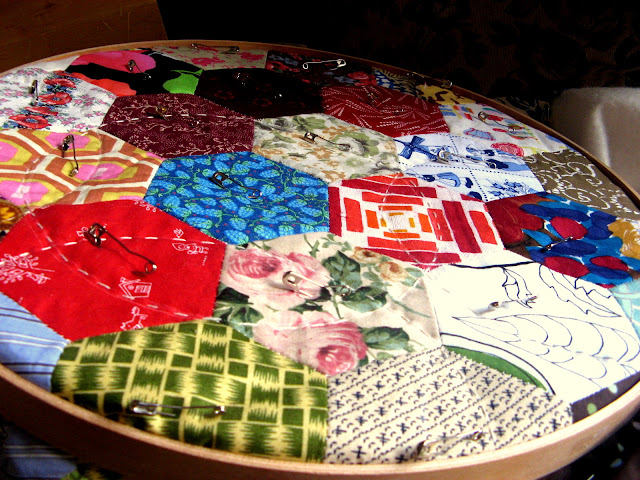 I've opted for hand quilting, and decided on a simple design of intersecting circles.
Simple in theory, anyway. I'm finding it slow going, but not really in that pleasant, lulling, meditative way I had hoped. It's taking a while to get a hang of lots of things: marking out my design; burying knots; holding an unwieldy quilt on my lap; working the needle through those layers.
And then there is the stitching itself. I started out quilting with thin cotton quilting thread and trying to do small, even stitches. After realising that I wasn't catching the backing with stitches smaller than, oh, about a metre, I decided to embrace the large stitch and go for more of a sashiko look. This looks much better to my eye, and doing a better job of actually quilting the layers together.
But boy, am I finding it hard work. Physically hard. There is a large amount of friction going on. There must be something weird going on with my particular concoction of fabrics, batting (can't remember what sort) and sashiko thread. The three circles I've completed in sashiko-style took around half an hour each!
Thoughts? Suggestions? Is this just part-and-parcel of doing something new?
Anyway, with all the effort being expended, I've decided I need to keep the energy levels up. This morning I made a rather large batch of cinnamon scrolls, using brioche dough from my no-knead artisan bread book. 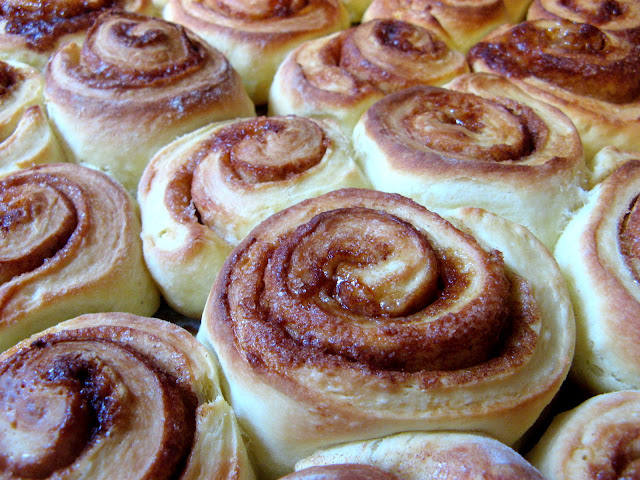 Heavenly. What do you think - do I get one for every sashiko circle-of-pain I complete? 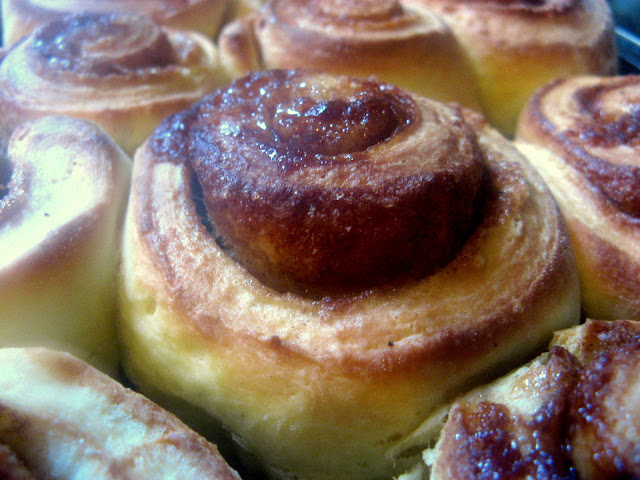 More creative spaces to be seen at Kirsty's place.
Posted by Gina at 1:42 PM